This past Halloween my little sister wanted to be Medusa so I made her a headpiece to go with her costume, and decided I'd also go ahead and create a tutorial to show how I made it. Here, you'll find the steps I took to create this head piece here:

As always, protect your workspace. You can do so easily by just laying down some newsprint to protect the area. This is to keep the hot glue from sticking to your table/tablecloth.

Once this is done you can then start off by placing your snakes around the headband to give yourself a feel for how you want your headband to look.

Once you're satisfied with the layout, start off by cutting off about a foot in length of your wire for securing the first of the larger snakes.

The larger snakes will be soft enough to pierce with the wire, but you will still want the end of your wire to be cut at a sharp angle to help with this.

The reason for threading the wire through the snake is to help it stand on its own and to help with the positioning of the snakes later on.

Next, place the snake on the hairband. Place a little hot glue where you want the snake to lie and then wrap the wire around the headband and the snake itself to hold it in place. The glue will help hold the snakes in place for a bit, but won't be a permanent bond by itself as the snake will eventually just fall off, hence another reason why we need the wire.

The wire will clamp the snake onto the headband and the glue will provide grip, preventing any possible slippage as well as tacking the snake in place to make wrapping the wire easier.

Be sure to crimp the wire down around the snake, as this will make the bind tighter and help further secure it in place.

Once wrapped and secured, you can choose to cut the tail of the snakes off if it suits you better, but I elected to keep them on mine as I thought the helped with the overall look when finished.

Repeat these steps with your other large snakes.

For the smaller snakes take a length of wire about 6 inches long and curl an eyelet onto both ends. Then secure the snake to the headband, wrapping slightly up the tail if needed to make it stick outward.

The smaller snakes are stiffer and therefore don’t need much wire to make them stand on their own.

To save wire you can also wrap a mini snake and a larger snake on together using the same piece of wire. It's really just a matter of personal judgement.

Repeat these steps with your remaining snakes until you are finished.

Once all of your snakes are secure you will end up with something like this.

You could leave it like this if you pleased, but if you wish for a more uniform look then carry on with the rest of this tutorial.

First, apply blue painters tape all over the areas of the headband you don't wish to get paint on. If you wish to also paint the headband to keep everything uniform, while I don't recommend it as it can make the headband scratchy and uncomfortable to wear, you can skip this step.

Then spray on a coat of primer to give the snakes a uniform base for the gold paint. I recommend spraying one side at a time and allowing each side to dry before coats to avoid your project drying to whatever surface you rest it on and ruining the paint job.

Once fully primed, then spray on the gold paint, again following the painting recommendations I gave for the primer, re-coating as necessary to achieve a uniform gold coverage.

After this has dried you may also spray an optional coat of sealer to protect your creation, however I did not.

When you're finished you should end up with something similar to this:

Thank you for visiting and I hope you enjoyed this tutorial! 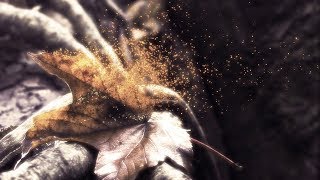 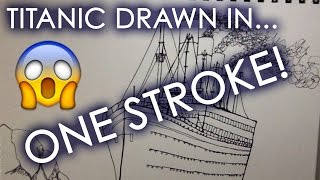 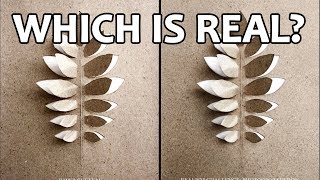 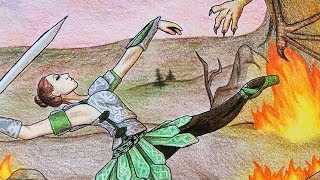